Is Cremation Acceptable in Present Times?

The Greek heroes had to be cremated on the shores of Troy. The Romans, aping the Greeks, also adopted cremation. Then it fell out of favour in the West. In the UK, Christianity adopted earth burial until wealthy Victorians, like doctors and lawyers, decided to resurrect it. The Cremation Society, a charity, was born. In fairness, cholera and typhus, as well as churchyards rammed with bodies, was a motivation. That said, it still begs the question ‘is cremation acceptable in present times?’ Because science was so undeveloped, they could not have understood the complex process of fire.

At Stonehenge, the cremated remains of at least 80 individuals has been found. Archaeologists consider the cremation to be the first part of a process preceding burial, and call these cremation/burials. The cremations were the elite of the day, for whom this cremation/burial process was reserved. Perhaps the cremation ‘released’ the spirit in some way, allowed it to fly. Because it was such a labour intensive process, it would not be available to the common people.

What is in a word?

This hero worship in Greece and elitism at Stonehenge, blinds us to the process. Even the word cremation is a fabrication. The real word for the process is incineration. Yes, that same incineration process reserved for waste, for rubbish. It utilises the same technology and the same principles. Even the Americans, the great energy wasters and polluters, have stated that incineration per se, is harmful to the environment. No ifs, no buts.

The British vote 99.9% against any proposal for a local waste incinerator. Oddly, those same people, well 80% of them at least, then go on to choose cremation. Consequently, they choose to treat the body as an item of waste. It fouls the environment and uses finite fuel. These issues are mentioned in my second book R.I.P. Off!

Put The Body to Some Use

If you donated blood during your lifetime then you have already given some of it away. Why not use the remainder to nurture a tree or wildflowers in a natural burial site? Forget the daft comments that worms or maggots will consume it; they don’t. It will go through the amazing decomposition process and nature will release your atoms. A tree or plant will absorb these and go on to create new life, albeit in a different form. 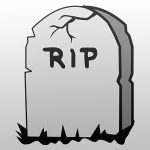 What is a Funeral Celebrant?Death & Funerals 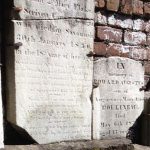