HS2 and consecration are in the news. It’s because the new train line to Birmingham and beyond needs a terminus at London Euston, but a burial ground lies under the potential platforms. It is called St. James’s Gardens, but is historically an overspill churchyard. This was for St. James Church in Piccadilly over the period 1788 – 1853. Consequently, about 60,000 bodies were interred over that period and about 45,000 still remain.

Archaeologists are to dig up the bodies and study them. The headlines say the work is controversial and I wondered what that meant. In fact, it was the loss of the green space which the park provided to the local community that generated demonstrations. The churchyard was turned into a park in 1887 with the gravestones set around the outside. Sadly, I could find no evidence that anyone had complained about the actual disinterments.

The media seemed to emphasize that this churchyard was consecrated. Because of this, HS2 are in discussion with the Church over what consecrated site is to be used to reinter the remains. The word consecrated was bandied about as if it was essential to the burial of human bodies. In fact, consecration is only a ceremony performed by the Church of England. I would wager that many of the burials in this churchyard were Catholics, Quakers, Methodists and heaven knows what other foreign religions. At that time, people with these beliefs were forced to be buried in consecrated ground even though they did not believe in the Church of England.

My Pagan Ancestor Zuri laughes all this absurdity. Because she is a pagan she believed that the Great Bear gave them all the land; why would consecration make any difference? I tell her that nowadays, by law, we must set aside a part of all cemeteries as unconsecrated land. Consequently, Catholics, Muslims, atheists and pagans can stay out of the clutches of the Church of England. Who could imagine that HS2 and consecration could relate back to Zuri’s time? 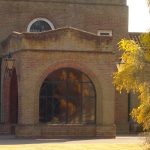 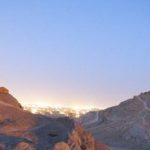