The Elegant Swan In Christchurch Harbour

I am somewhat compromised when I see the swans in Christchurch Harbour. As they glide over the water, the elegant swan speaks of beauty but also of food; did My Pagan Ancestor Zuri hunt them in 2200 BC?

It’s a big bird with powerful muscles, all of which are nutritious meat. Consequently, I can visualize Zuri out in the marshes setting leather snares. She might be seeking geese but what if the swan walks across one and is snared? Does the meat go into the pot and the bones into making necklets or bracelets? Or would she release a swan?

Those television programmes on the Tudors certainly change our perspective. The lavish feast always seem to have cooked swan as a feature of the menu. That is because owning swans became a matter of status in England. Being owned meant that there were serious fines or punishments for anybody who injured or killed a swan. The Queen follows this tradition, owning the swans on the Thames although the tagging is done by Guilds acting on her behalf. The Queen may own all the swans in England but does not exercise this right outside the Thames.

We must take care; swans vary. The Mute swan is the one we see on the Thames and in Christchurch Harbour. The Whooper and Bewick’s swan migrate from the far North to wetlands in Britain for the winter. Our monarch never owned these birds and little information is available as to whether we routinely ate these winter migrants. The Black swan, from Western Australia, was introduced here as an exotic and is sometimes seen in the wild. All swans are now protected by law. The inedible swans in my photo are from ‘Sculpture by the Lakes’, a visitor attraction south of Blandford Forum.

In the Neolithic Baltic, it was too cold to utilise sky burial. Consequently, they buried their dead in peat, which preserved everything. One burial was of a dead baby laid upon a swan’s wing. This child was adjacent to its mother’s body. Does this suggest a relationship between birds and humans? Did Zuri protect rather than eat swans? I doubt it. Whilst on this theme, consider the words swan song. The swan is said to sing beautifully and mournfully before it dies, which is untrue, but somehow appealing. It suddenly occurs to me that this blog is my swan song; this pensioners last act! 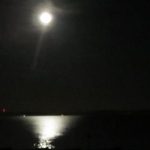 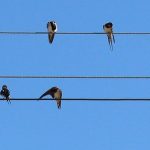