The Decline Of Sparrows In The UK

Sparrows might not be able to sing but they sure can twitter. I see quarrels of sparrows, or rather I hear them, all over Friars Cliff, my little coastal retreat. They might be dull, brown jobs but that doesn’t stop them being a joy. The reason I mention them is that Denis Summers-Smith, died on the 5th May 2020. The Times gave him a quarter page obituary but I doubt few of us were aware of him. He was blown up by a German shell in 1944 and needed eight operations on his legs. As he lay in bed in Westminster Hospital, he had a lot of visitors and they all came in through the window – London sparrows. He spent the rest of his life studying these birds and the decline of sparrows in the UK really troubled him. He was 99 years old when he died.

When I lived in a council house in Shrewsbury in the 1950’s, sparrows were everywhere. The cats often caught them and we children came to the rescue. Put in a small cage with budgie seed, and seemingly unharmed, they were always dead the following morning. Few cared about sparrows, they were little more than farmland vermin in those days. Denis Summers-Smith cared. He is typical of that British amateur who goes to bed and wakes up with his mind dominated by our struggling wildlife. His conclusion was that air pollution was the reason for their decline. The bad air in London has seen a massive reduction in these birds. That said, when I walked through farms along the River Avon in 2019, there was not a sparrow to be seen.

The decline of sparrows in the UK

Sparrows were always seen as birds of the grain fields. As early as 2200 BC, Zuri’s people, the first Neolithic horticulturalists grew grain. The sparrows might have burgeoned. Perhaps they took much of the grain and became a problem. If true, Zuri will have eaten them. So what about the sparrows in my seaside retreat of Friars Cliff? There are no farms and no grain fields here so why do these little birds appear to be thriving in our gardens? Perhaps it is the bird feeders, all topped up with grain by concerned pensioners. We humans, ever resourceful, can make the tiniest garden into a virtual farm setting for this chattering bird. With our clean air, they, and we, can live our lives in a bubble of our own making, a sparrow paradise. 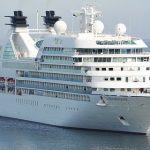 Cruising And Flying Is DoomedHealth, Neolithic 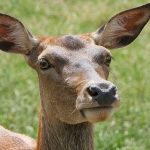